Note - for some reason the photos are far cooler when they show up on the blog than they actually are.

First is the direct single flash: 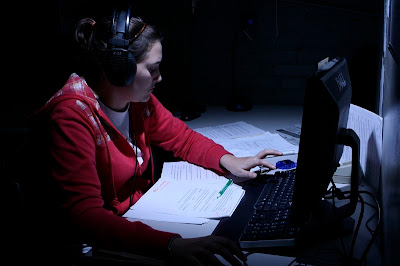 Creaking wood floors, extremely tall ceilings and desktop computers on the fourth floor of Jesse Hall means one thing to Maria Totoraitis: it’s time to work. As a senior Convergence student, Totoraitis is currently working in the KBIA newsroom. “I was the anchor tonight for the newscast and now I’m working on the podcast.” Several computers and two sound booths occupy the space. Students can record high quality audio segments in the sound booths.

Second up is the bounced single flash: 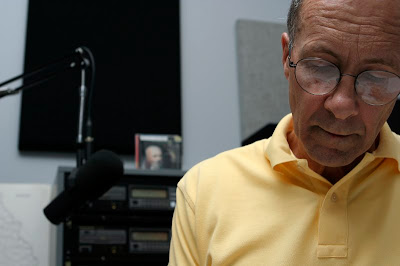 Climbing four flights of stairs in Jesse Hall might be a good work out for some. For others, like Paul Otto, the fourth floor is home to KBIA 91.3 FM. Otto, a retired lawyer, has been volunteering at the station since June of 2004. He is on the air every Wednesday night from 6-9 and also said he fills in shifts for coworkers or open weekend shifts. As to how he got started at KBIA, Otto said, “there was an email out asking for volunteers and I answered it.” 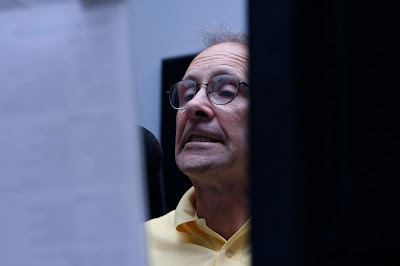 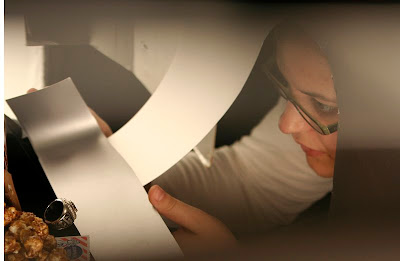 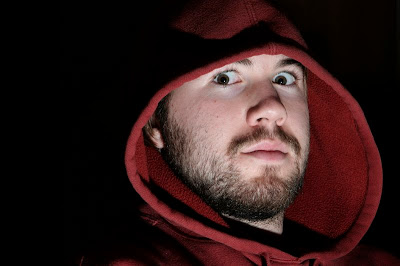 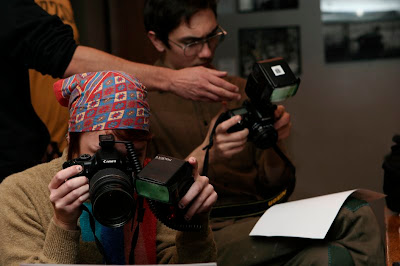 That shot of my stupid light tent is awesome - can you send it to me? Also, try converting your images to that really long color profile that starts with an s...it made a bit of a difference for my blog postings. I dig your first shot - it shows not only being in the radio "spotlight" so to speak, but also conveys the isolation that comes with being a solo radio host (I know from experience). Good work!

Kevin A. Roberts
St. Louis, MO, United States
I'm a December 2009 photojournalism graduate from the University of Missouri. The majority of posts for this blog will consist of photos I make from day-to-day.

All images seen here are copyrighted to Kevin A. Roberts and cannot be used without expressed written consent.

I can be contacted at kevin.roberts.photos[at]gmail.com